The UTD3 universal transmission system was developed for mission-critical applications such as SCADA (Supervisory Control and Data Acquisition) or Telecontrol Networks.
It can be operated along oil, gas and water pipelines, railways, highways and electrical lines.
The UTD3 units can be used in distribution networks connecting sensors and controllers, traffic lights, control signals and in video surveillance systems.
It can connect electrical, gas and water meters with the measurement equipment.
In the heart of the UTD3 unit is a modern high-performance Network Processor located that allows the integration in layer 2 and in layer 3 networks.
The UTD3 unit was developed having security aspects in mind. Secured management protocols such as SSH, SFTP, HTTPS and SNMPv3 are implemented.
It also supports RADIUS and 802.1x authentication for terminal devices.
With an available separate software license, the UTD3 unit is transformed to an IPSec-enabled VPN gateway.
Up to four EFM-based SHDSL.bis interfaces and two Gigabit SFP cages implement data connectivity over copper or fiber cables, allowing the UTD3 unit to deliver Ethernet data from modern SCADA systems and controllers as well as Serial RS-232/422/485 data together with Relay contacts from legacy systems.
The modern Ethernet and legacy Serial interfaces work in parallel.
The application data occupies defined bandwidth, as different sources do not influence each other.
The UTD3 allows seamless migration from traditional Serial applications to modern packet-based services.
Upgrading the terminal device from legacy Serial to Packet-based will only require the proper connectivity.
This makes the usage of the UTD3 platform future-proof and reduces the network construction costs.
The UTD3 operates in point-to-point, ring, star, daisy chain, even with branch lines, and mesh network topologies.
It combines copper and fiber paths, together with secured connection through public networks into universal infrastructure with high reliability and performance.
The UTD3 universal transmission system is compact and flexible.
It takes up very little space and can be installed on a DIN-rail, in a street cabinet, in 19” rack, in underground containers or on the pole.
The selected UTD3 versions provide PoE for VoIP phones, Wireless Hotspots or Surveillance Cameras.
The UTD3 is based on extremely reliable hardware and software designs. The hardware is especially designed for a long-lasting production and includes high-quality and reliable industrial components.
This allows the UTD3 series to be used for a failure-free operation in harsh environment.
The intelligent software design is reliable as well, it controls data integrity for preventing the errors in any data flow.
The build-in access control mechanism prevents the malfunctions caused by possible hacker attacks and vulnerability treats.
The WEB and CLI-based management platform simplifies the daily operation and maintenance of the UTD3 unit.
The build-in SNMP agent allows easy integration into existing upper-level network management systems. 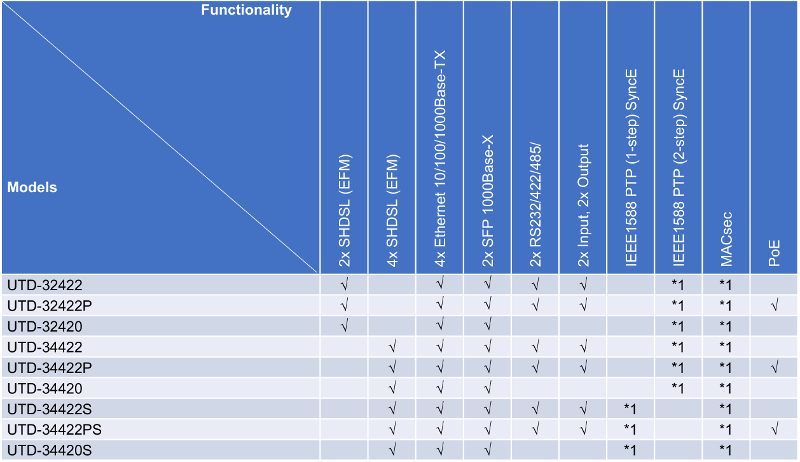 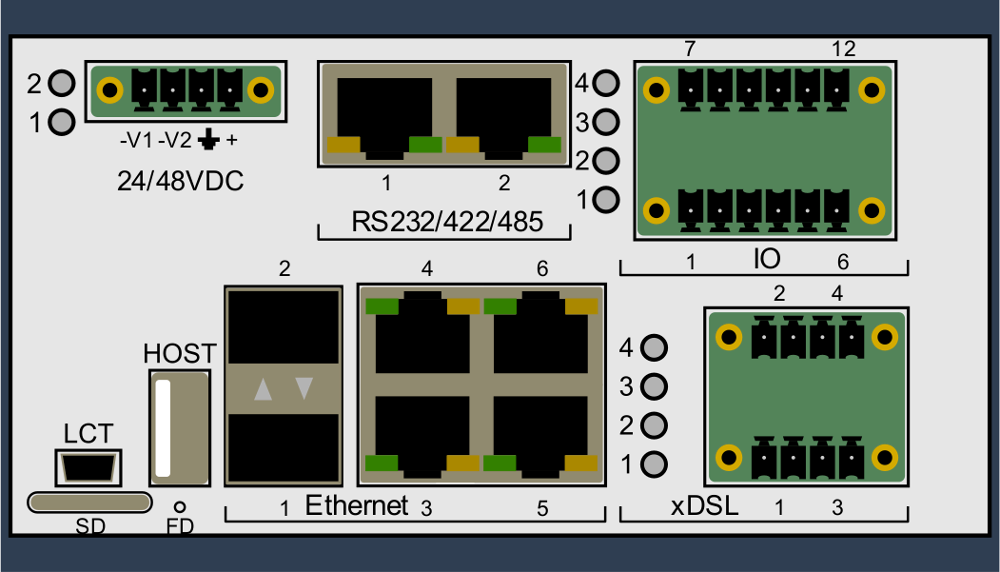 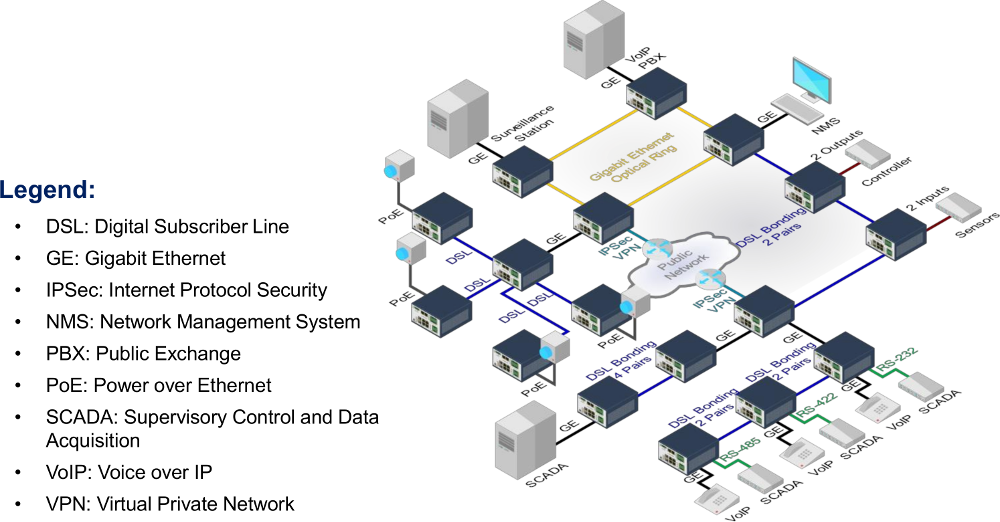 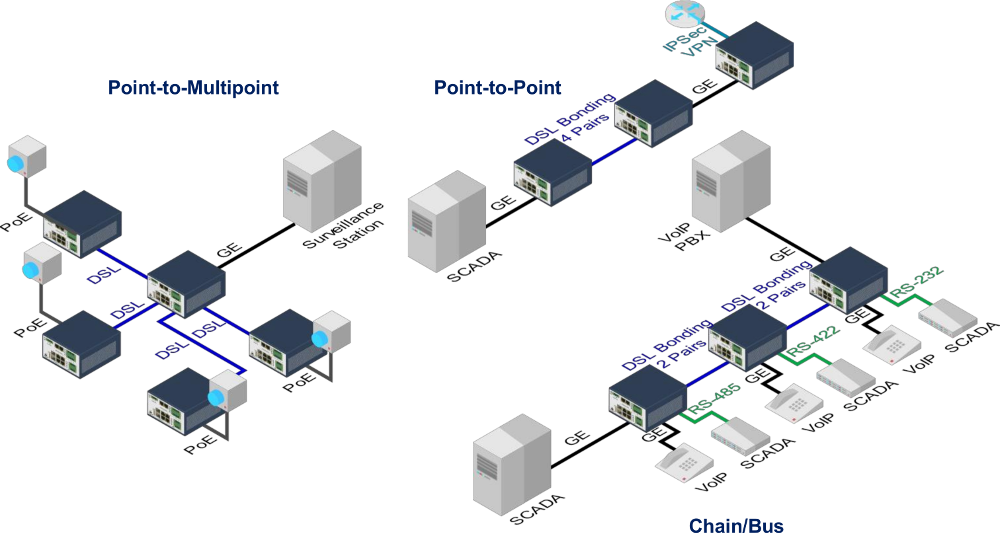 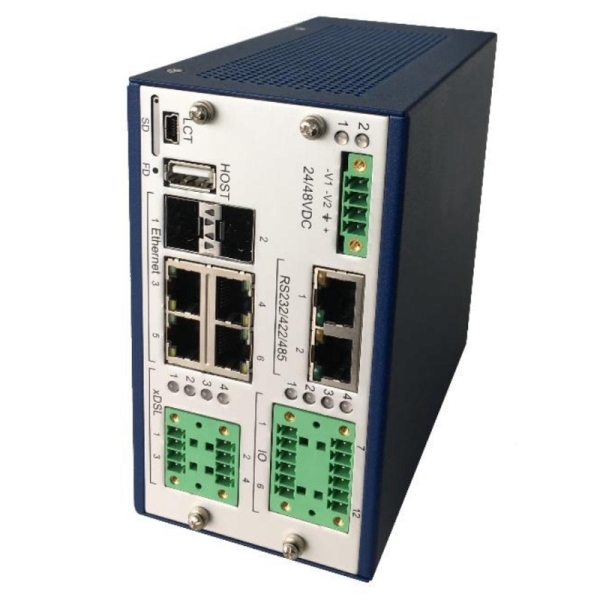 Operated according to ISO9001 quality standard
Discover our services
Certificazioni